Follow Tim’s folk trail around the globe to visit a bullied South American crab, an Egyptian monk who can’t seem to get rid of a basket of grapes, and a Japanese lord who will do whatever it takes to save his people. This show encourages children to see how much better the world would be if generosity, kindness, and self-sacrifice were the first reaction to every situation.

Tim Hartman is a native Pittsburgher, and has been professionally acting, singing, writing, cartooning, and storytelling since 1982. Though known primarily for his work on the stage, including nearly 300 hundred plays and musicals, and appearances on Broadway in A Tale of Two Cities and the Tony-nominated Finian's Rainbow, Tim’s favorite job is performing his own brand of stand-up comedy storytelling. It is estimated he has performed for over 2 million children over a thirty-year period. Favorite roles include C.S. Lewis in the Pittsburgh premiere of Shadowlands, Don Quixote in The Man of La Mancha and Daddy Warbucks in Annie, and his 22nd year in A Musical Christmas Carol.  Film roles include Silence of the Lambs, The Mothman Prophecies, The Piano Lesson, and  The Fault in our Stars.  Tim is also an award-winning political cartoonist and illustrator. 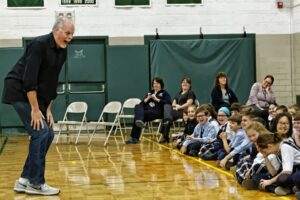 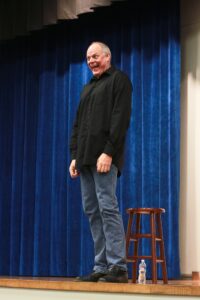 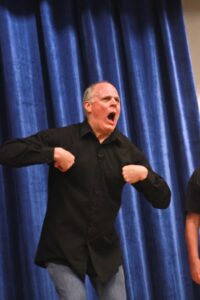